Join our lifestyle & money email list and receive FREE VIP access to our Printables library of over 50 goodies!

Portland is an eclectic foodie and coffee town, we definitely spent our weekend eating our way around the city!  Whenever someone tells me they’re going to Portland, it always seems to be for something like a sports tournament or a business trip. When I needed to stay for the weekend, I honestly didn’t know enough about Portland to even know what it offered and it’s within a few hours of our house.

Since we were headed into Portland going south on I-5, this was our first stop since it’s at the north end of town near the airport. Madi and I are both a huge fan of visiting wall murals and had such a great time walking up and down Alberta Street!

I’ve only highlighted a few murals, there are many many more! If you have extra time, Alberta Street is also a great place to visit a variety of galleries, shops, and cafes. 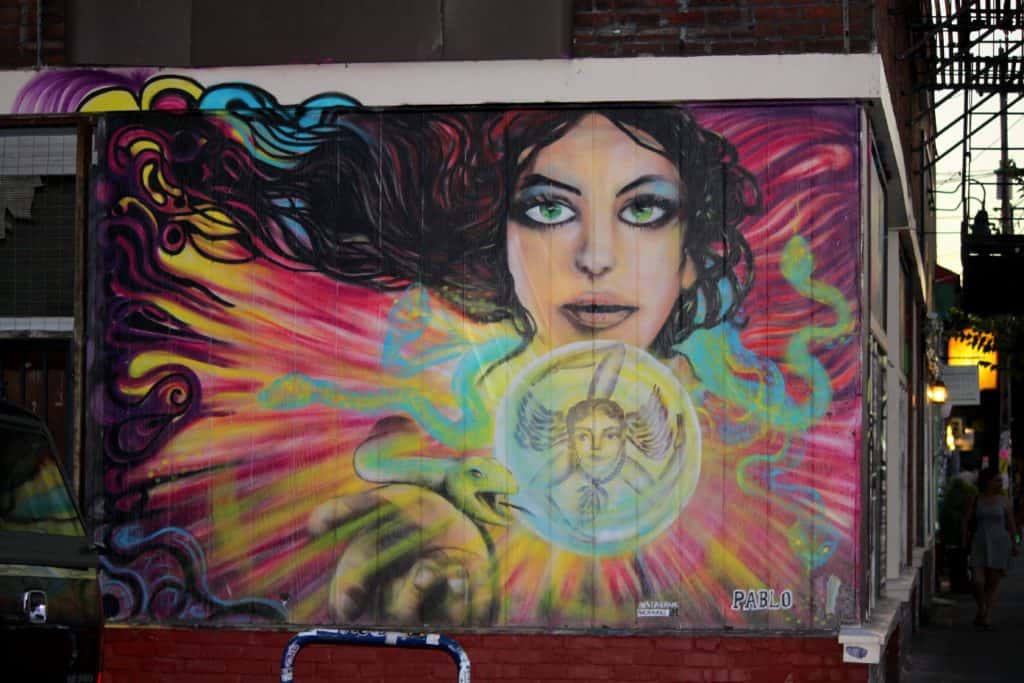 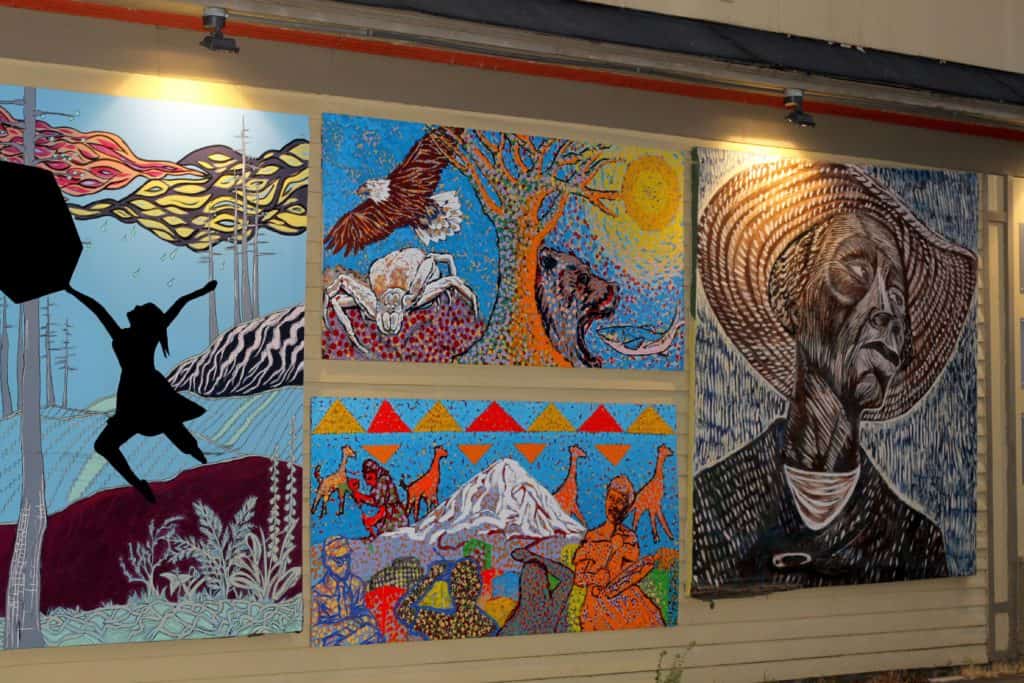 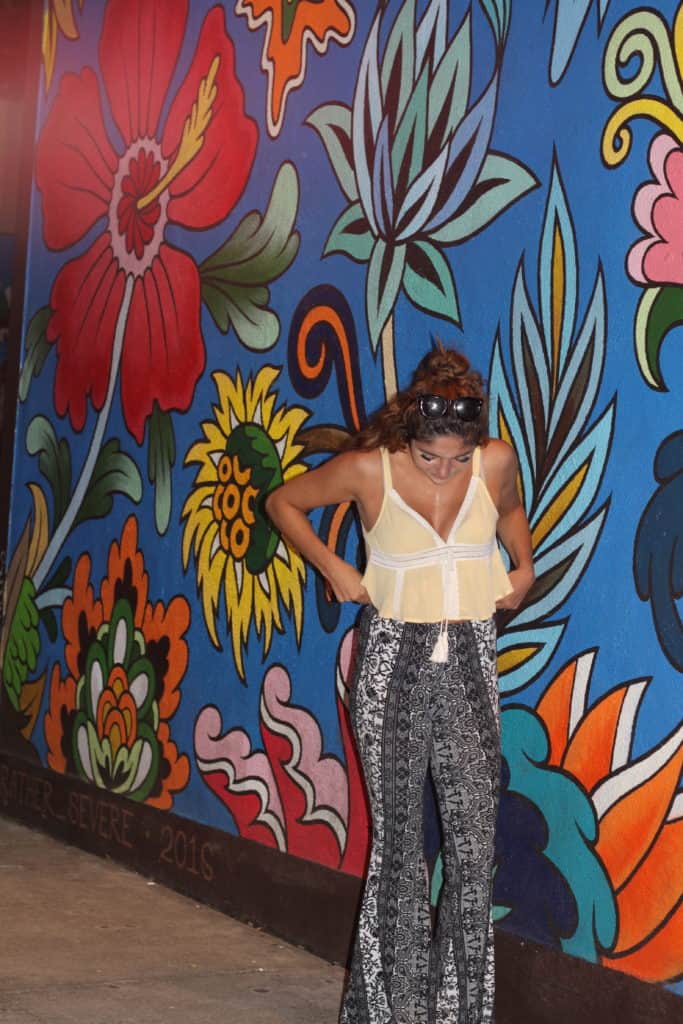 We stopped for appetizers at McMenamin’s Kennedy School and had the most AMAZING tater tots I’ve ever had in my life. I never thought I’d be promoting tater tots, they’re THAT good!  If you’ve never been to a McMenamin’s, they convert old buildings into restaurants, pubs and hotels and have been a Pacific Northwest icon for over 30 years.

This building is a historic elementary school turned restaurant, hotel and pub; they even have the original swimming pool for hotel guests as well as a movie theatre! 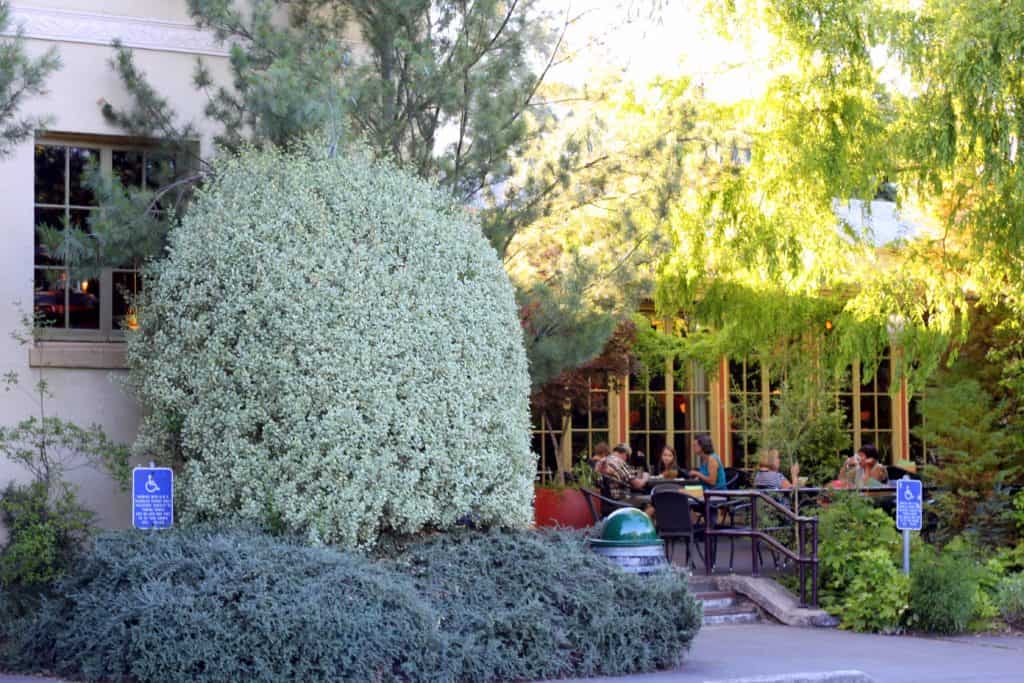 Here’s a photo of the original school boiler room which is now The Boiler Room bar! 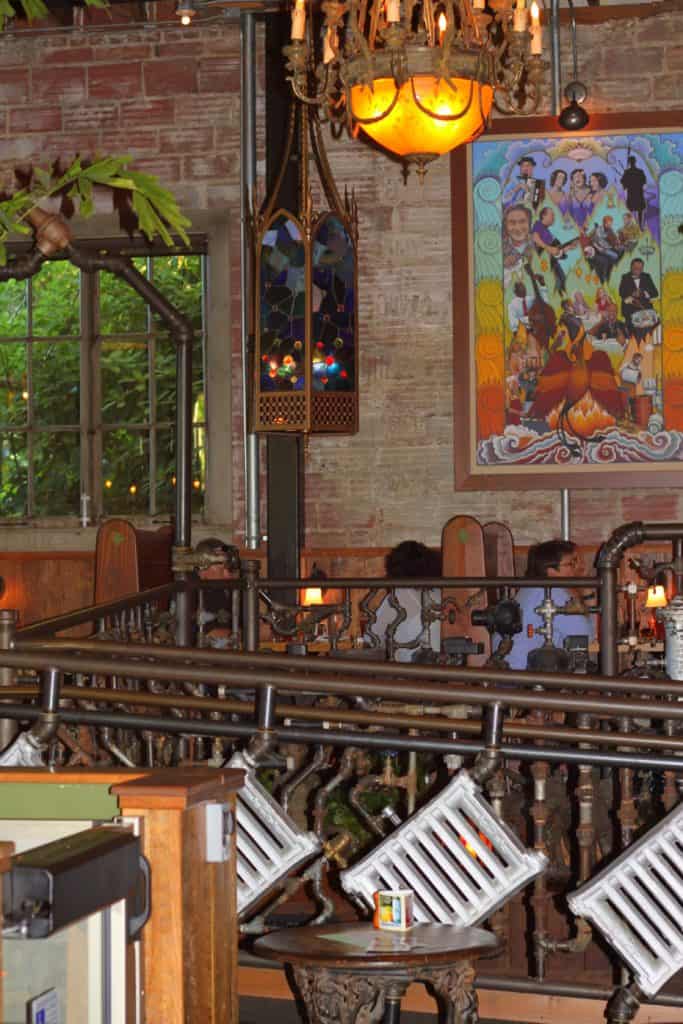 We ate at the Courtyard Restaurant inside the Kennedy School. It’s the original cafeteria and serves gourmet cafeteria food like the delish tater tots I already mentioned and also flatbread pizza and burgers.

I’m obsessed with the vintage light fixtures inside the restaurant!! 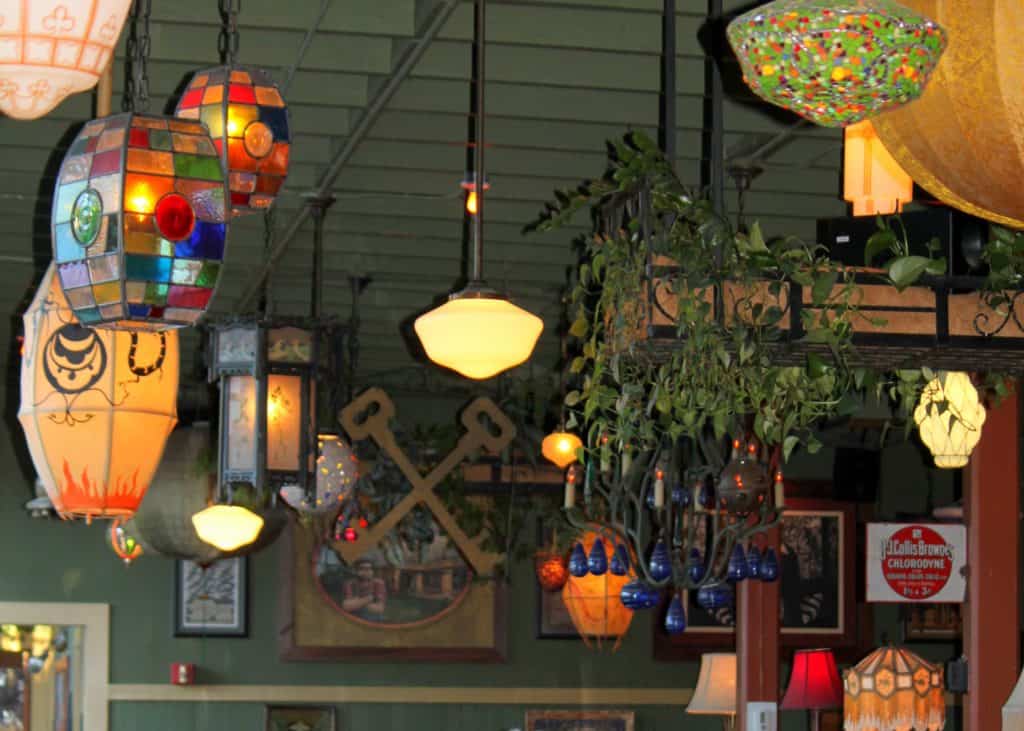 When most people think of Portland and doughnuts, they think of Voodoo Doughnuts, where you’ll often have to wait 30-60 minutes just to get in the door. One of the best kept secrets of Portland is BLUE STAR Donuts!  You can walk right up to the counter and quickly get to bite into the BEST doughnuts you’ll ever have in your life. I’m not even joking! As a side note, both doughnut and donut are considered socially acceptable spellings of these delicious treats. 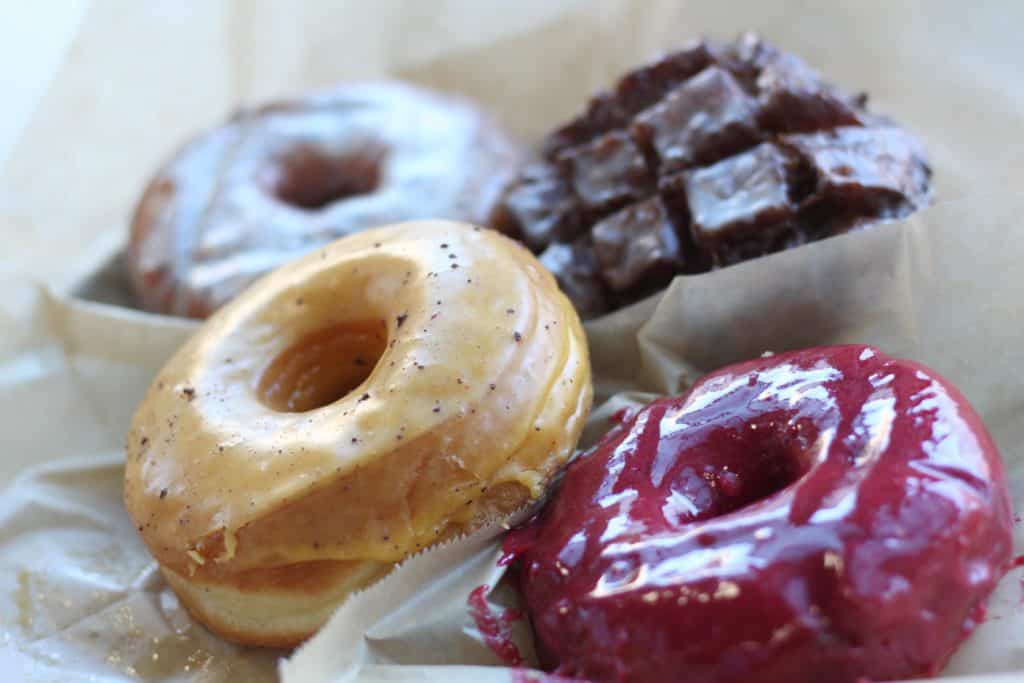 Blue Star Donuts serves freshly made doughnuts with a gourmet adult taste, they do run out of their most popular flavors so get there early in the day! We ordered the raspberry rosemary buttermilk (both mine and Madi’s favorite!), the passion fruit cocoa nib, a hard apple cider fritter and the lemon poppy seed buttermilk.

When I go back, I want to be daring and try to Cointreau Creme Brulee (if you look closely in the upper right corner, YES you get a baby bottle of Cointreau) and the Meyer Lemon and Key Lime Curd Brioche donut!  They DO have kid friendly flavors too if you’re traveling with young ones 🙂 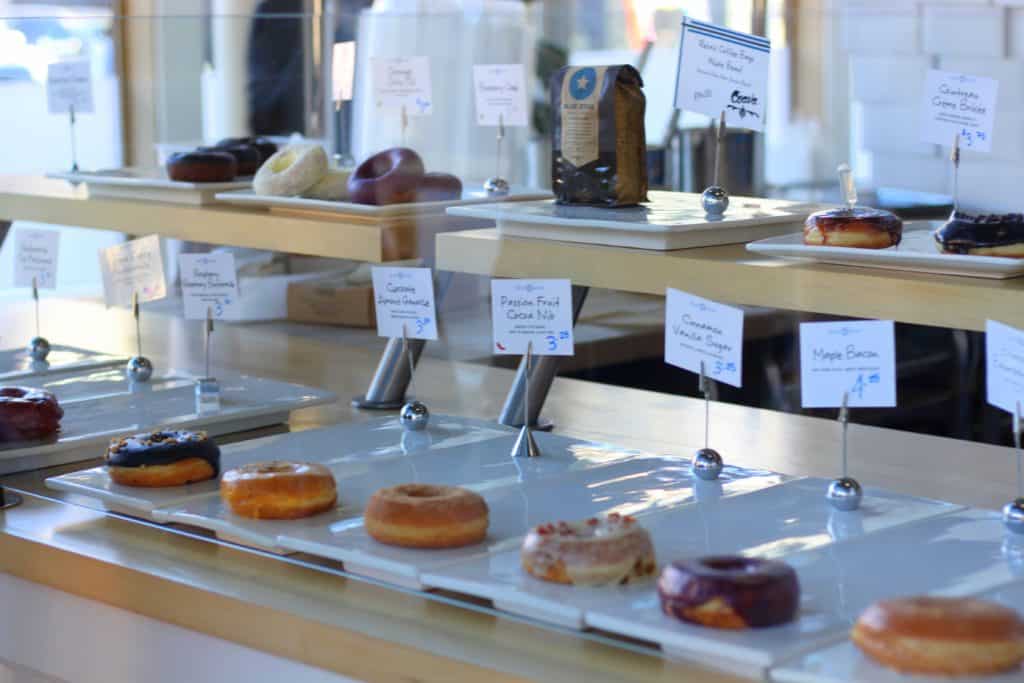 Portland is known for being a coffee drinking town (well, maybe not as much as Seattle…. ;), that being said, I was surprised at how many really good coffee shops there were in Portland!

We went to Case Study since they make their own syrups! I’m personally not a big fan of artificial sweeteners, and loved 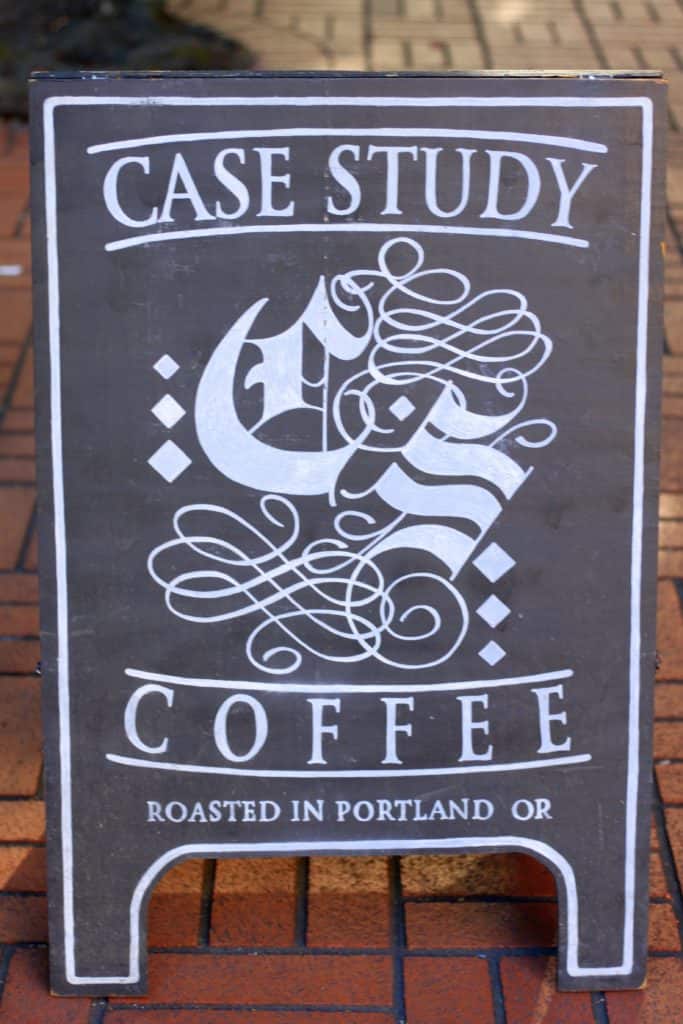 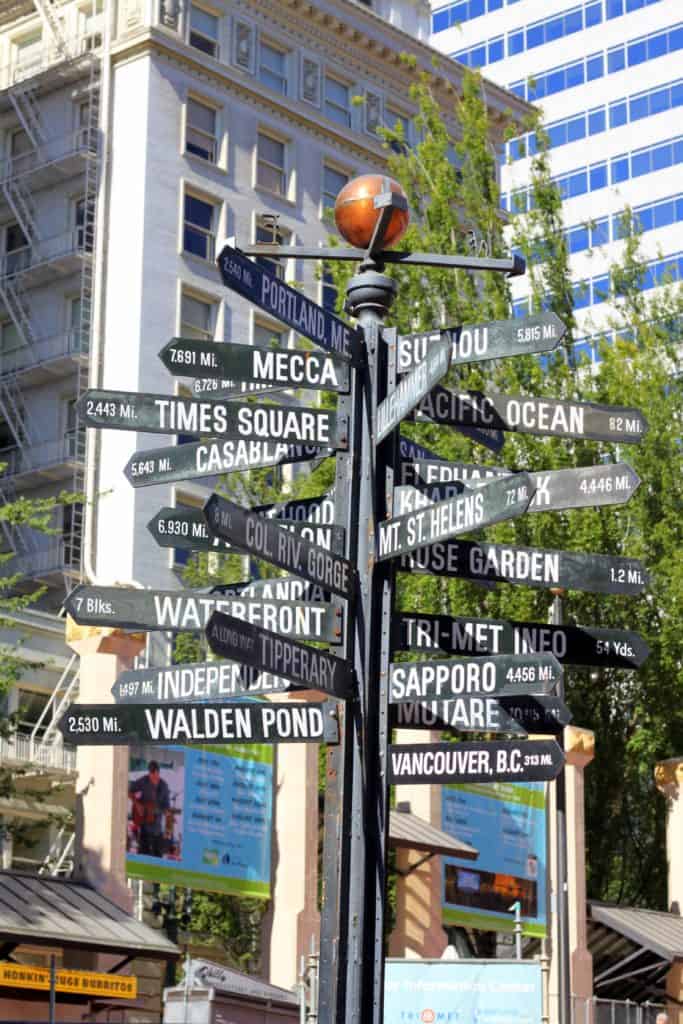 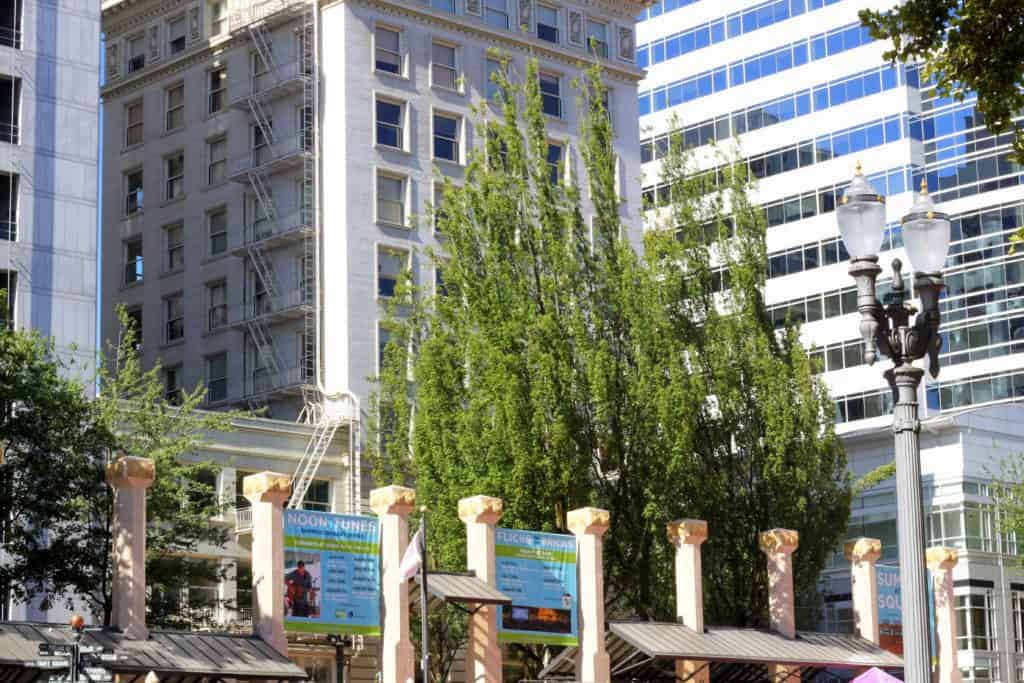 Take a Photo of the Keep Portland Weird Mural

Yes, Portland is kind of weird 😉 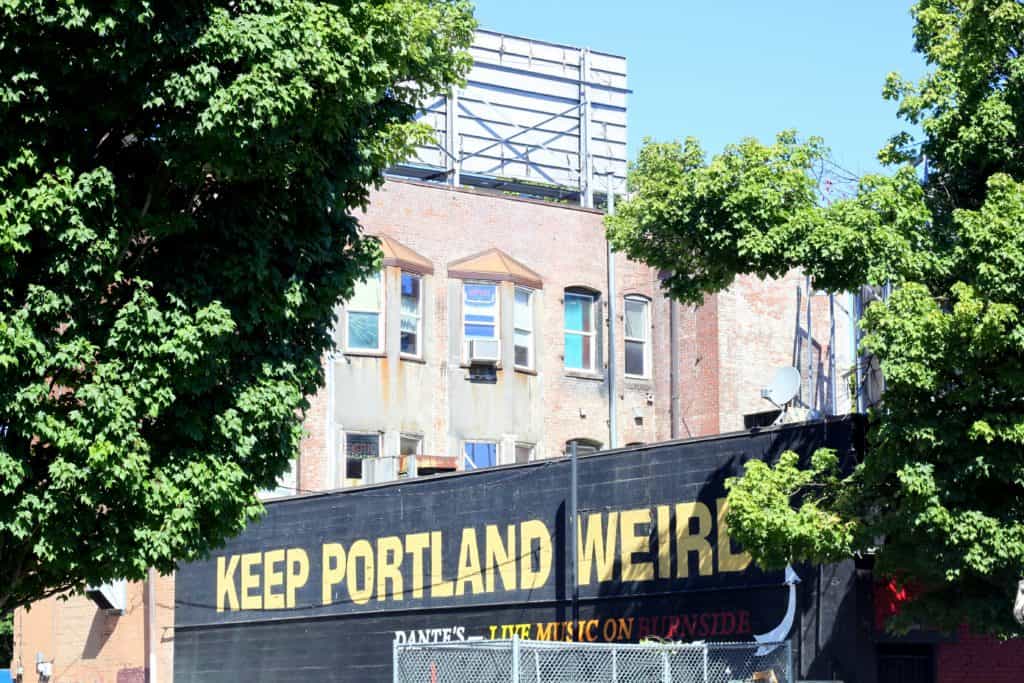 Go down to the waterfront and Saturday Market 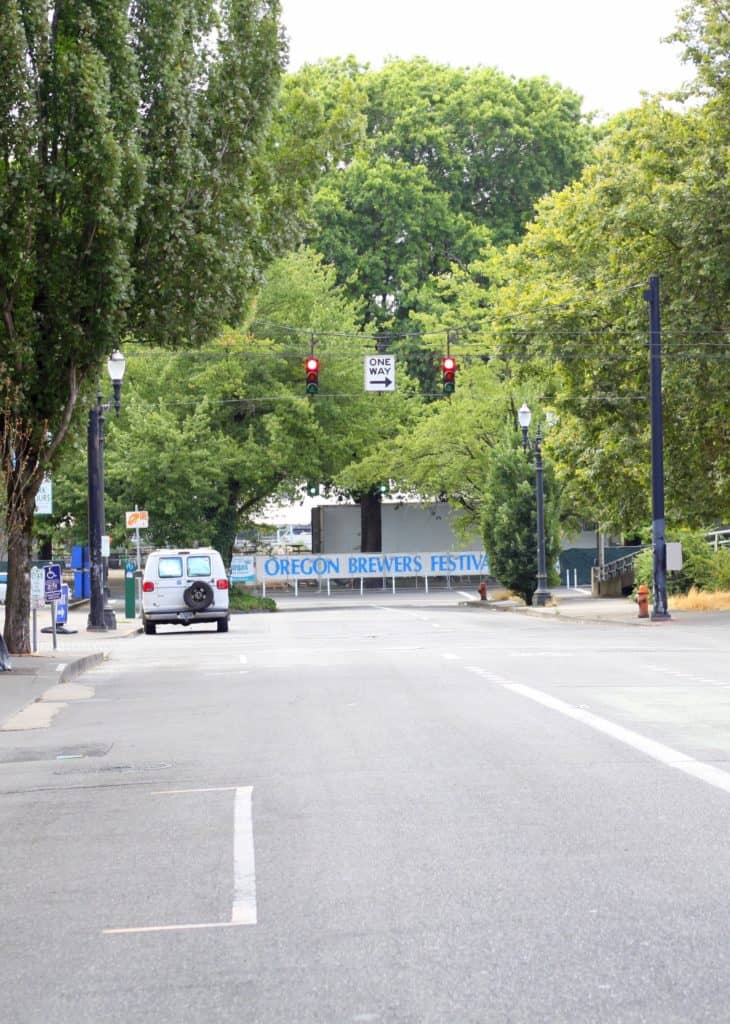 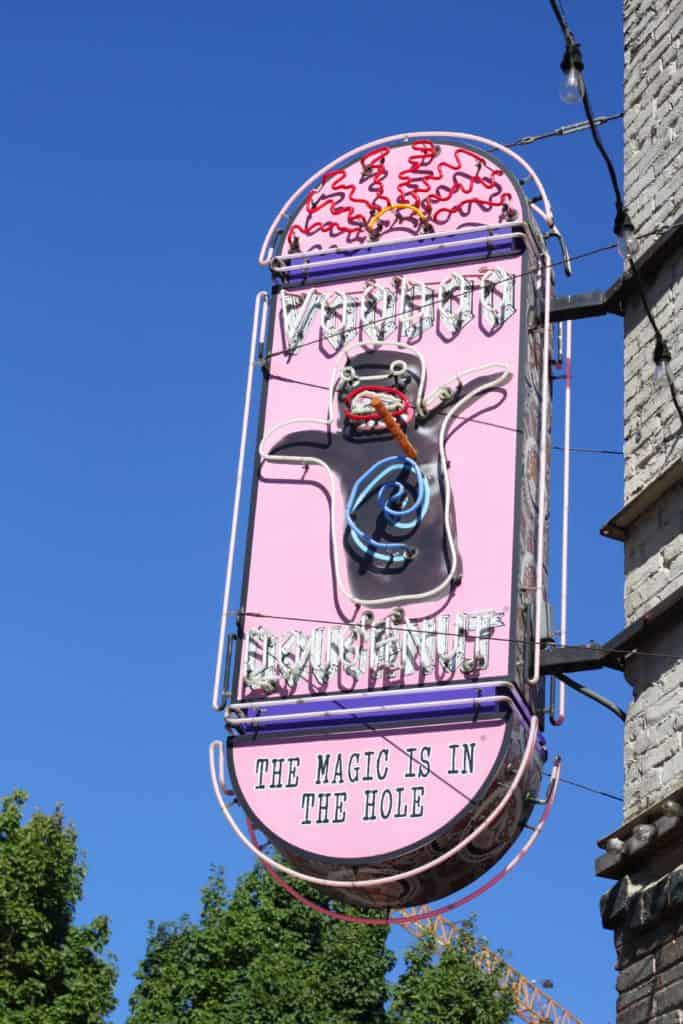 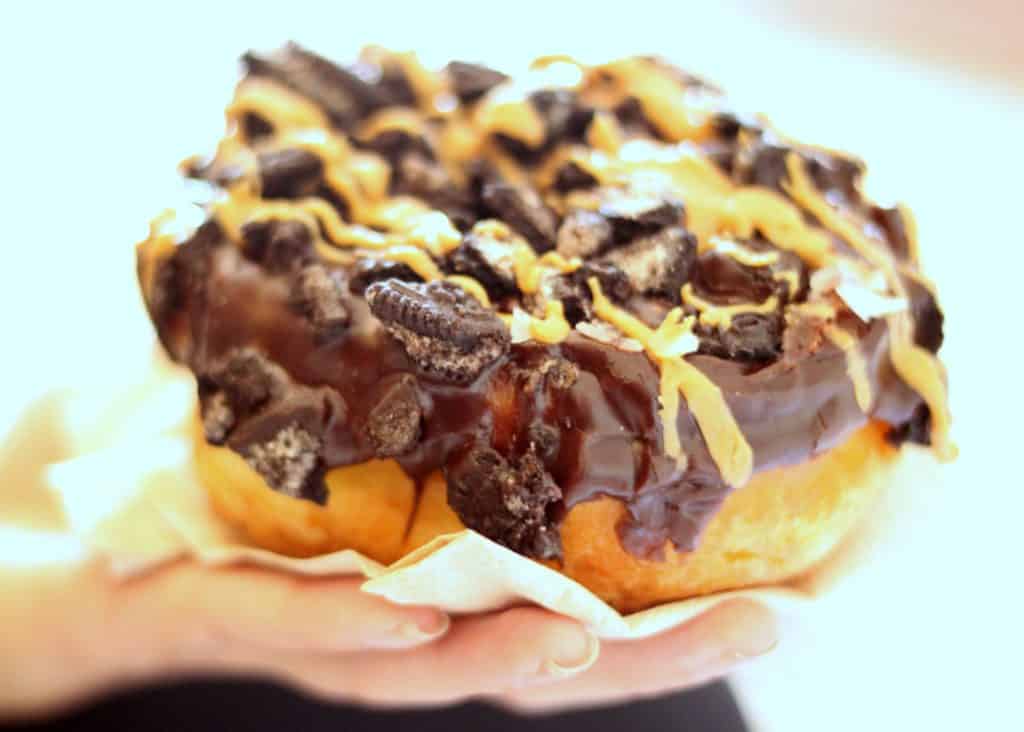 Welcome to Hairs Out of Place! We're Jen and Madi, a mother and daughter duo who love decorating, crafts, fun and travel. The mission for our site is to help others live their best life at home and on the go on a budget. Get to know us better by clicking on the "About Us" link!

Join our lifestyle & money email list and receive FREE VIP access to our Printables library of over 50 goodies!